Chocolatey is a super cool Package Manager that you can use to install applications and tools. As they describe it themselves on their website:

Chocolatey NuGet is a Machine Package Manager, somewhat like apt-get, but built with Windows in mind.

How does it work?

Well say I want to install Firefox I would simply type in the command “choco install firefox” and then watch the magic happen. It’s really that simple and a few seconds later Firefox is installed and ready to be used. 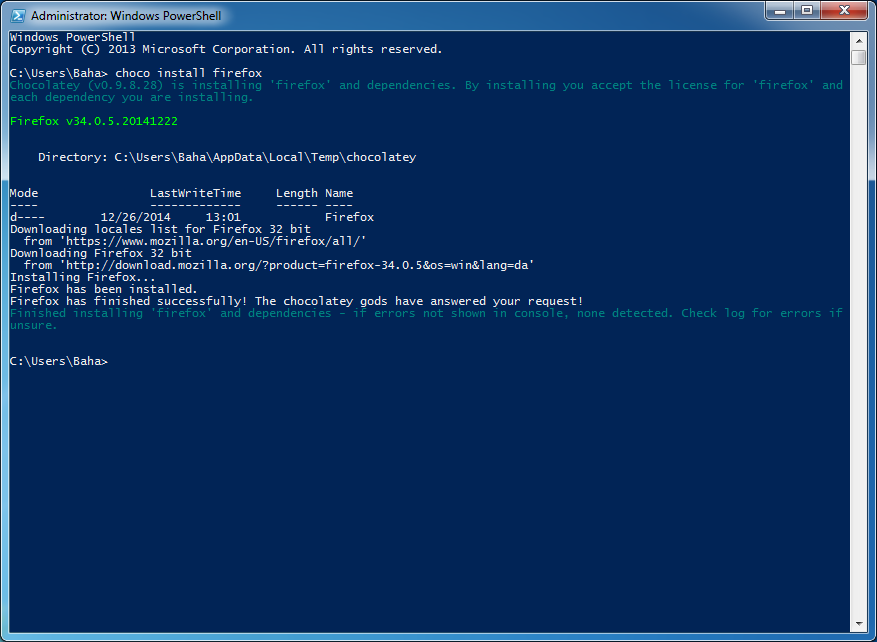 You might wonder how I knew I had to type in firefox and not firefox123? Well you can simply search the available packages on the their website or in your shell by using the command “choco search firefox”: 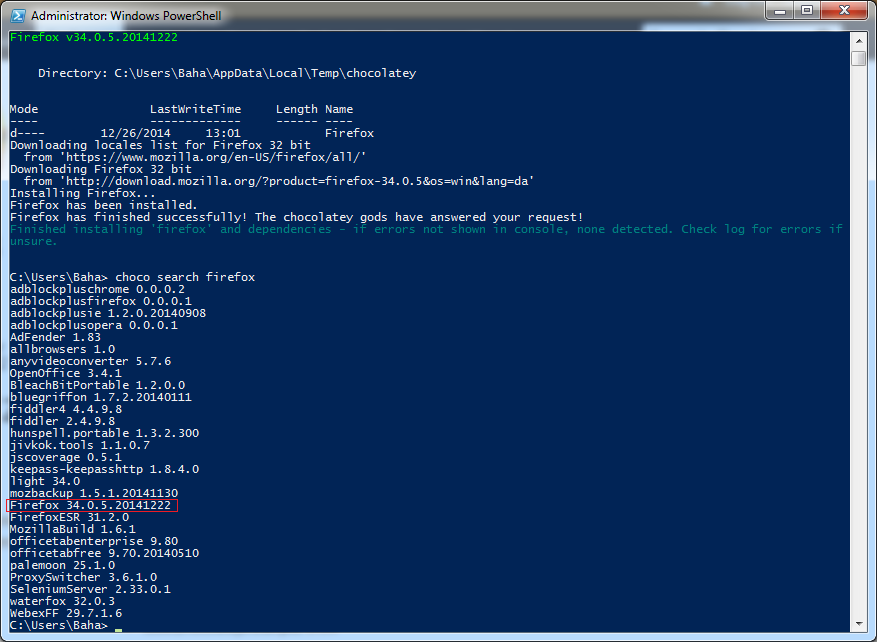 How to update packages?

You simply use the command “cup firefox” where firefox in this case would be your desired package that you would like to update and voila!

How to update chocolatey?

If you happen to get the message:

The default install location has been changed to ‘C:ProgramDatachocolatey’. This install will be updated to that location in the next version. It is strongly suggested you move this installation to the new location as soon as possible to limit write access from all users. Do not forget to update PATH & ChocolateyInstall environment variables.

That’s it for now!